It’s tricky to navigate the issue of the events that transpired yesterday in Washington, D.C. from the perspective of respect, empathy, compassion, and kindness for all (RECK for all). It’s hard to hold everyone’s perspective in mind, because there seem to be so many perspectives. I want to open by saying that I mourn for the four lives lost; one woman was shot by Capitol Police and three people died from undisclosed emergency medical situations. I am deeply saddened by all of this. May they rest in peace.

Next, I want to say that we are all Americans. We all love our country, and we all want what is best for it. While I will always condone nonviolent protest as a form of free speech, I must admit that I believe that entering the Capitol Building was taking things too far. Sadly, I believe that January 6, 2021 will be viewed as a dark day in U.S. history, by future generations.

In times of deep unrest in seems almost comical to speak about love. But the facts are the facts and they do not change. The fact has been and remains that we should all make a greater effort to love one another. We need to look past partisanship and find ways to discover common ground. It was reassuring last night to listen to the proceedings on the radio once congress was back in session and hear our congress people working together for the good of the country. We need more of that.

Let’s let yesterday stand as the high-water mark for how heated things became in this Presidential election season. From here, let’s make an effort to cool things off. Let’s all work to help cooler heads prevail, and may those cooler heads be our own.

Although it started out like a normal year, 2020 ended up being anything but normal. Times of great change can teach us a great deal. The social isolation of 2020 taught us how much family, friends, and community matter. There was more complexity to 2020, of course. There was also social and political unrest, and mourning for the loss of loved ones to COVID-19 and to other causes.

Perhaps 2020 also brought you some joy. Hopefully, it did. That seemed to be a lesson of 2020: that we all have the power to help improve the lives of those around us in small and large ways. And that’s where our theme for 2021 comes in. We’re branding 2021 as “The Year of Kindness.” The time just feels right. Doesn’t it feel like we need a year of kindness?

So, let’s focus on the positive. Let’s think of ways to brighten the days of the people we love and even complete strangers. Practice random acts of kindness towards all kinds of random people. Practice deliberate acts of kindness for the people close to us in our lives. Stated simply: Let’s keep kind in mind. Do all things with kindness.

At Century of Compassion, we believe that all people deserve to be and should be treated with respect, empathy, compassion, and kindness (RECK). Often, when I speak of kindness I make reference to loving kindness. This is kindness taken to the next level. Kindness done for, through, and with love. Kindness matters. And we should be kind in a loving way.

I have been watching a LOT of news coverage this week and, for the life of me, I can’t understand why none of the major news media is reporting on the fact that this presidential race is so incredibly close, because no one from one side is listening to what the other side is saying. This presidential election shows in stark detail how every American now lives in their own personal echo chamber, with everything they already believe to be true simply echoed back at them through various media.

I have been seeing posts by people on the left saying that X number of people voted for President Trump even though they knew he was a racist, misogynist, xenophobic… and on and on. My response to that is NO, they did not know any of those things. People on the right don’t watch the same news you do, don’t see the same social media you do, and sure as heck don’t listen to the same talk radio you do. This country is incredibly divided and the way Americans consume media is only making it worse.

My mission in life is to think of, view, and treat all people with respect, empathy, compassion, and kindness (RECK). And I make an effort to do that with everyone, no matter where they fall on the political spectrum. And I have to tell you… no one who supports Donald Trump believes anything the mainstream media says about him. They just don’t. It doesn’t matter if the mainstream media says these things are facts. Supporters of Donald Trump listen to to Donald Trump, and they believe him. So, when President Trump says he has done more for Black people than any president since Abraham Lincoln, they say “Damn right!”

I think if any American wants to try to understand people on one side or other of the political divide then we need to start to consume some of the same media those people do. Otherwise, I feel like we are simply going to continue to misunderstand each other. And we also need to make a solid effort to stop vilifying one another. We are all Americans. We all love our country. We all want what is best for our country… we simply have different views of what that is.

Personally, I would like to see people come together and try to talk out there differences. I am fully aware of what a tall order that is, but I don’t feel like this level of division in our country is sustainable in the long run. And the more we see one another as enemies the more we will fight like enemies. And I for one do NOT want another Civil War.

Let’s keep working on ourselves. Let’s work hard on ourselves not to hate anyone. Oppose that which you see as wrong-headed, but make an effort to love one another. We can bring this country back together. We can reduce the divide. And reducing the hate starts in our own hearts.

Much love to you all,

We are in the final week of the race for the White House and some people are calling this the most important presidential election in recent history. This might be true. There is a pandemic happening and lives and livelihoods hang in the balance. I make an effort to talk about things that are happening in the world on this blog, and when I do so I also make an effort to be apolitical. It is absolutely essential to me that Century of Compassion and RECK for All are for ALL people, regardless of their political beliefs or affiliation.

Still, there seems to be a big difference in the candidates for president this year. And I wonder what the people who read this blog think about these candidates with regard to the values of respect, empathy, compassion, and kindness. I expect that some would say that one candidate does probably display more of these traits than the other. But I feel like even if people were willing to concede that their candidate displays fewer of these traits, they would also argue that these traits don’t matter all that much in a president.

What do you think? Where do you stand on this issue? Are the qualities of respectfulness, empathy, compassion, and kindness important in a president? Do they say something or anything about that person’s character? I would love to hear from people. Of course, my only condition would be that I would like to see people be respectful to one another in the comments.

I invite people to chime in. I know people are really passionate about this election, but, again, please be respectful towards one another and the candidates. 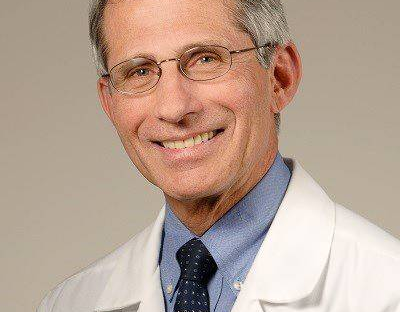 In an article in the Los Angeles Times on Friday, infectious disease expert Dr. Anthony Fauci addressed concerns that many Americans say they would not get the COVID-19 vaccine when one becomes available. An article subheading entitled “Debunk false statements about vaccines with respect” states, “Fauci said there’s a hardcore group of anti-vaxxers ‘who, no matter what you do, you’re not going to change their mind.’ But there’s also another group of people who are against vaccines because, Fauci said, ‘they’ve absorbed misinformation.’ Fauci said people should not ‘denigrate, accuse or disrespect people who don’t want to get vaccinated if you feel you want to convince them to change their minds. If you could, in a way that’s [non-confrontational], give them the correct information, you may be able to win them over.'”

The problem with blaming and shaming is that it doesn’t give people any wiggle room. And once people feel cornered they go into fight mode (and often double-down on their position). We are much better off to focus on the positive and work to coax people out of their corners. This is the approach I take with RECK for All on social media. I might point to a problem, but then I quickly shift to how we can best fix that problem through having respect, empathy, compassion, and kindness (RECK) for all people.

This is true of several aspects of this pandemic. Take mask wearing as an example. If we want to win people over to wearing masks then we need to keep selling them on all of the positive reasons why it is wise to wear a mask. After all, mask wearing helps to protect everyone. It is important for the greater good. Wearing a mask makes you a hero! (See what I did there?)

So, let’s keep focusing upon the positive. Keep working hard to win people over to your way of thinking by focusing upon its positive aspects and benefits. Because when you treat all people with respect, empathy, compassion, and kindness everyone wins!